Recently Horsemen’s Laboratory was asked what other practices an owner can use to control worms in addition to deworming, especially for the worms that cause summer sores (Habronema).

Since Habronema larvae are spread by stable flies and house flies, the best practice to help control them is to control the fly population in your horses’ environment.  The Habronema larvae are passed in horse manure, when flies feed on the manure they actually take in the microscopic larvae.  These larvae develop and when the flies feed on a horse’s wound or around the eyes, lips or other areas of the horse that are moist the larvae moves to the mouth parts of the fly then they get into the small wound that the fly makes as it feeds on the horse and burrow in to the tissue of the horse.  Fly larvae (maggots) may also eat the Habronema larvae which will live in the fly until the fly becomes an adult.  Once in the tissue it is thought the larvae causes considerable inflammation.  Some believe that there is a severe allergic local reaction to the larvae that causes the severe inflammation that creates a deep ugly ulcer from ¼ inch to several inches in diameter.  Some owners claim the fly predators help reduce the fly population a great deal around the stable.

Other worms and practices that help control them:

Pick up manure in stalls, paddocks and pastures as often as possible.


Be sure it is going to be hot and dry for several days when you mow or drag pastures and best to pick up manure before mowing or dragging.  One should also strongly consider keeping horses off the pasture for 2-4 weeks.  Since mowing and dragging pastures spreads the infective eggs and larvae over a much larger portion of pasture area making it hard for the horses to avoid eating them.

Cleaning pastures at first sounds like a big task, however, most horses seem to divide pastures into two distinct areas; lawns and roughs.  There are also pasture vacuums now available to be pulled behind a tractor that will actually vacuum your pastures.

Once the lawn and rough areas have been established you most likely will only have to pick up the rough area, as 90% of the worm eggs will be passed in those areas.  Strongyle larvae general take 2-3 days (in the summer under ideal conditions 24 hours) to reach the infective stage and they do not leave the pile of manure they were passed in until they reach the infective stage.

Following the routine we have described for keeping stalls, paddocks, and pastures cleaned will have a very positive affect on reducing the number of infective eggs and larvae that your horses are exposed to.  As opposed to deworming that only kills the worms that are adults.

In conclusion, picking up the manure piles on a routine schedule will reduce your horses’ exposure to a much higher number of worms than deworming.  However, deworming is still an essential part of worm control.  Therefore, following all the recommendations above will greatly reduce your horses’ risks of problems caused by worms that we described in an earlier article. 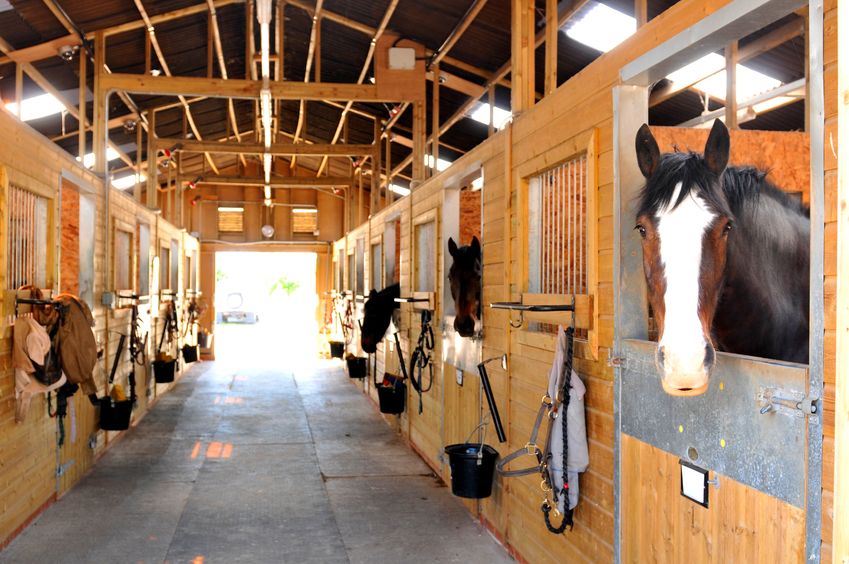